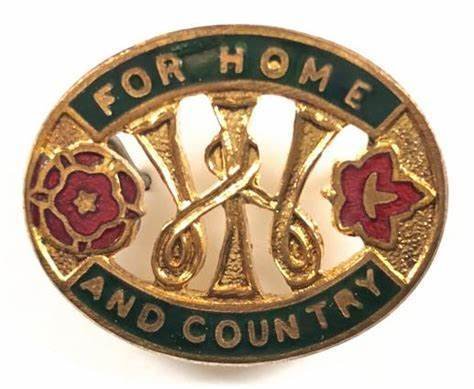 The WI movement began at Stoney Creek, Ontario in Canada in 1897 when Adelaide Hoodless addressed a meeting for the wives of members of the Farmers' Institute. WIs quickly spread throughout Ontario and Canada, with 130 branches launched by 1905 in Ontario alone, and the groups flourish in their home province today. As of 2013, the Federated Women's Institutes of Ontario (FWIO) had more than 300 branches with more than 4,500 members. 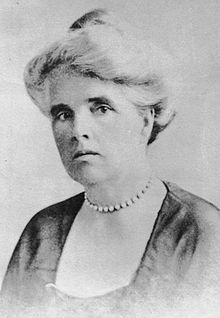 Margaret Robertson Watt MBE (June 4, 1868 – November 29, 1948) was a Canadian writer, editor and activist. She was a woman of great energy and drive who believed strongly in the power exerted by women working together. She is known to members of Women's Institutes in the United Kingdom for introducing the concepts and practices of the Canadian Women's Institute movement to Britain in 1914. Madge R Watt was born Margaret Rose Robertson in Collingwood Ontario  June 4, 1868. Her father was Henry Robertson Q.C. (1840-1923), son of John and Catherine Robertson of Hamilton. Her mother Bethia (1844-1893) was the daughter of John and Margaret Climie Rose of Bradford. Both parents were Canadian-born children of Scottish emigrants. Madge was a good speaker and able to put her points across clearly. Audience members sometimes said they felt as if she was speaking directly to each individual. Madge continued encouraging women to set up and work within Women's Institutes and helped train workers to carry on the administrative side of the organization. As a superlative organizer, she helped set up the first 100 Institutes and was Chief Organizer under the Board of Agriculture. 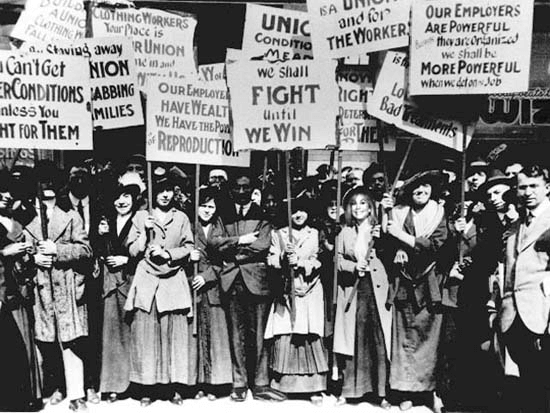 The Women’s Institute Movement began at a key time for women. In 1915 the war had begun to break down many of the social barriers that had existed before the war, and women were being forced to take a more active role in the community as the men were away in the armed services. At the same time the women’s suffrage movement had been making people, including women themselves, re-evaluate their position in society.

John Nugent Harris, General Secretary of the Agricultural Organisations Society, which was instrumental in getting the WI movement established wrote later: ‘The suffragists made the pot to boil…..the Institute movement showed how some things could be got out of the pot’. 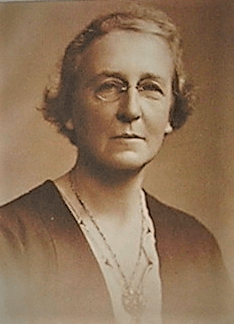 Choosing Jerusalem as the WI anthem came as a result of a letter to the former WI membership magazine “Home & Country” prior to the 8th Annual General Meeting in 1924. Grace Eleanor Hadow, Vice-Chair at the time, suggested its use after attending “Exhibitions or Council meetings at which the whole assembly joined in singing Sir Hubert Parry's setting of Blake's Jerusalem.” She pointed out that many WI members “would like to sing the song at the upcoming Annual Meeting.”   After an impressive “performance” of Jerusalem at the AGM, the NFWI ran a competition for an 'Institute song' which ended in Jerusalem being chosen at the official Institute’s song.

Jerusalem had been used by the National Union of Suffrage Societies in the 1918 celebrations of women's enfranchisement, and many of the leaders of the NFWI, including Grace E Hadow, had been part of that struggle to win the vote for women. By singing Jerusalem, the WI is marking its links with the wider women's movement, and its commitment to improving the conditions of rural life. 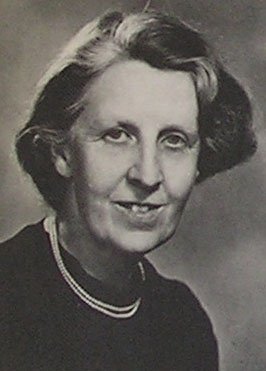 Dame Frances Farrer, NFWI General Secretary 1929-1959. Frances Farrer was the general secretary of the National Federation of Women’s Institutes, from 1929 to 1959. She was created a Dame (DBE) in 1953 in recognition of the immense contribution she made towards the war effort by acting as a conduit between the government and the membership. She was, as far as I am concerned, the chief Jambuster, in that she bust bureaucratic log jams and hassled ministers to get things done. An early hit on the Ministry of Food three days after war broke out produced 350 tons of sugar which went towards the first ad hoc jam preservation of autumn 1939. This proved to the Minister, Lord Woolton, in 1940 that he had an army of willing volunteers with access to surplus fruit who would help him to stock the nation’s larder. Miss Farrer took up cudgels on behalf of evacuees; she wrote to the Ministry of Health with members’ suggestions which fed into the Beveridge Report and she made sure that there were WI members represented on most post-war reconstruction boards. When the Board of Trade wanted to discuss clothes rationing they brought in two women they needed to get on side: Miss Farrer representing the WI and Lady Reading for the Women’s Voluntary Service. Miss Farrer would phone ministers before breakfast in order to get their attention. The only battle she never won was with a Mr Squance in the Department of Mines. He was responsible for petrol rationing. They locked horns in 1940 and she eventually wrote her last letter to him in April 1946. The WI was not entitled to bulk petrol rations, like the WVS and the Women’s Land Army, as it was not a war organisation, on account of its pacifist stance. Thus the WI was treated as a civilian social organisation, something that enraged Miss Farrer. She needed extra petrol for members to deliver their produce to country markets or to collect and deliver fruit to preservation centres. This was never forthcoming and members had to resort to catching lifts or using unusual sorts of transport. [ Credit: Summers Julie ] 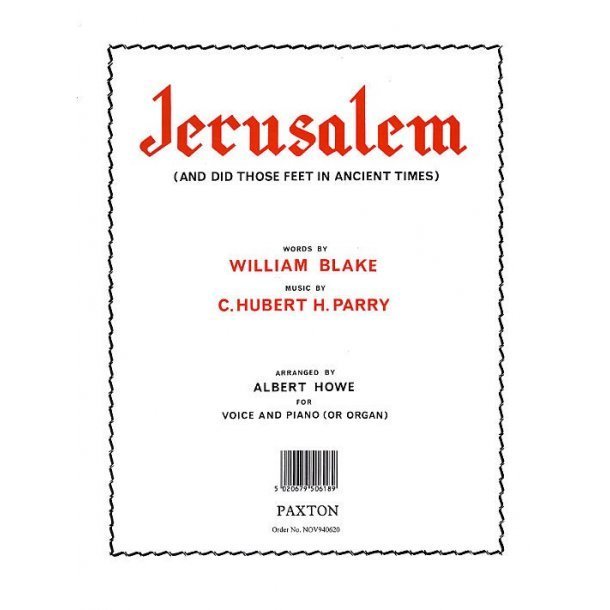 And did those feet in ancient time

And was the holy Lamb of God

And did the countenance divine

Shine forth upon our clouded hills?

And was Jerusalem builded here

Among those dark Satanic Mills?

Bring me my bow of burning gold!

Bring me my arrows of desire!

Bring me my chariot of fire!

I will not cease from mental fight

Nor shall my sword sleep in my hand

Till we have built Jerusalem

In England's green and pleasant Land 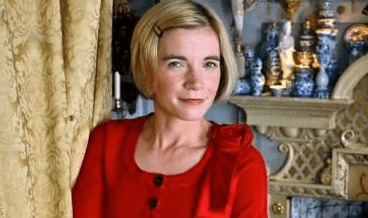 Click the picture of Lucy to hear her wonderful talk on the history of the WI. 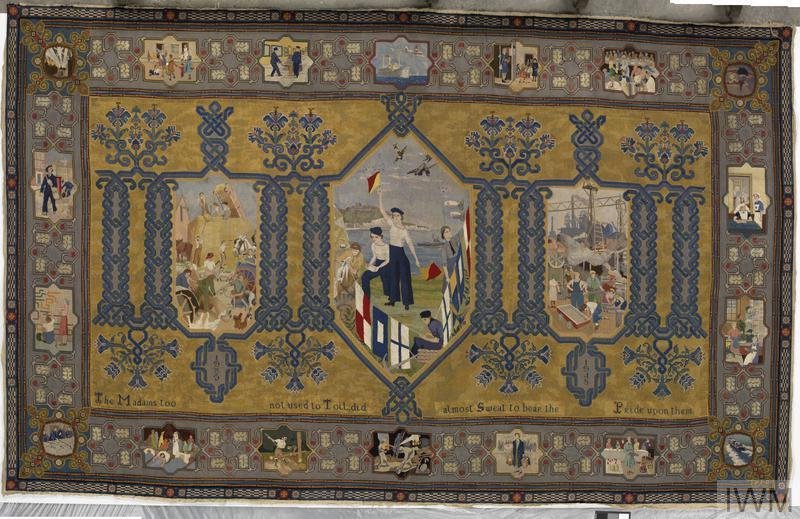 The WI Tapestry now preserved at the Imperial War Museum

The embroidery was designed by Miss Sybil Blunt of Winchester in such a way that it could be worked in pieces by members of the Women's Institutes in different parts of the country and joined together later. WI members from every county of England and Wales took part in the work.

They say that a photo says a thousand words, so here goes ..... 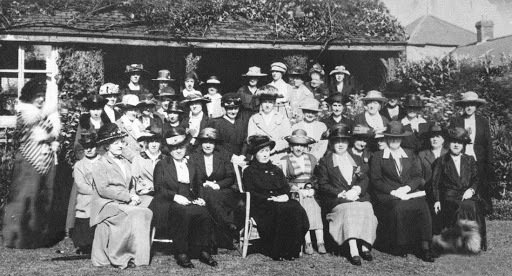 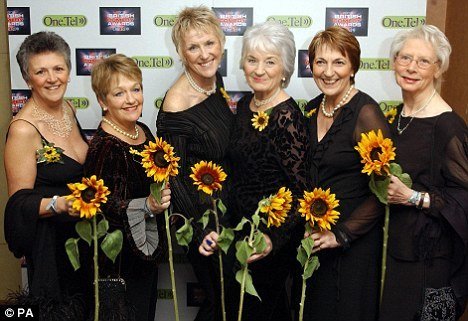 Our Downend WI Sub-Groups Book Club & Yarn Club meeting via ZOOM
Facebook
A few photos taken during meetings, talks, activities and visits, since 2014
I BUILT MY SITE FOR FREE USING